Icelandic blackened post metal outfit Solstafir always carried a hint of 70’s hard rock classicism in them. Hell, many bands do. It’s difficult to imagine them or countrymen Sigur Ros existing without the droning hum of Pink Floyd’s Echoes, or the repetitive guitar cascade of Led Zeppelin’s “Kashmir” (not to mention Jimmy Page shredding a violin bow on his strings during those countless performances of “Dazed and Confused”). But Sigur Ros, and on their last record Sosltafir as well, tend to evoke the womblike feeling of a waking dream. Their cinematic counterparts are Richard Linklater’s ‘Waking Life’ or Terrence Malick’s ‘The Tree of Life’. These are intimate stories and sounds that follow their own internal logic. Solstafir, though, sing about the mythic and the poetic the same way Led Zeppelin did. They didn’t always capture those sounds, at least not reliably.

In contrast, their upcoming album Berdreyminn might as well be directed by Peter Jackson. Both mythic sensations and classic rock idioms come to mind. New song “Bláfjall”, streaming below, surfs atop an organ tone reminiscent of Richard Wright, but by the end settles into a tribal gallop that could be the drum beat from “Immigrant Song” played in slow motion. These are haughty comparisons, but Solstafir earn them.

Berdreyminn Review - Man of Much Metal 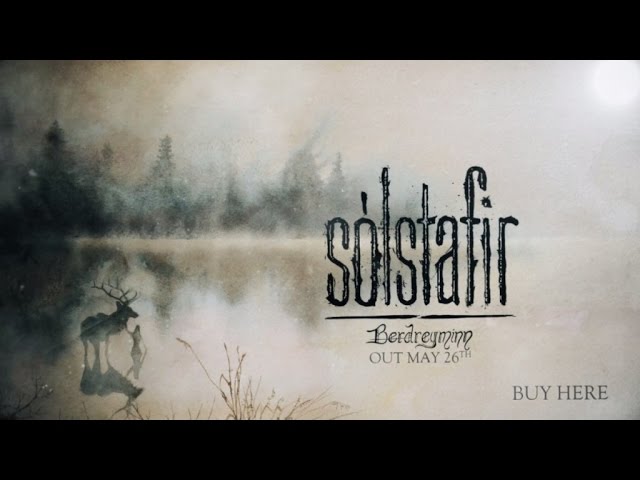